Trauma to the human spinal cord typically strikes out of the blue, leaving those surviving the initial ordeal with permanent or temporary deficits in health and functioning. Because of this, traumatic spinal cord injuries (TSCI) impose a significant burden on society. While these facts are well known for certain countries, the International Perspectives on Spinal Cord Injury Report highlights the need for the remaining countries to establish a foundation upon which injuries could be prevented and functioning problems addressed. In South Africa, the foundation for primary prevention and knowledge of the unmet needs of persons with TSCI are not yet established.

To develop an evidence-based foundation for TSCI in South Africa that addresses prevention both in terms of injury occurrence and problems with functioning.

This thesis utilised a mixed-method approach to answer epidemiologic and functioning questions. A prospective, population-based design was used in Study I and II to determine the incidence, aetiology and injury profiles of newly-injured adults with TSCI in Cape Town, South Africa and Stockholm, Sweden. In the Functioning section of the thesis (Study III), a comparative content validity design was used to define the nature of functioning categories in a generic outcome measure currently used in the South African SCI rehabilitation field, and a standardised measure not yet adopted in the local context, against the International Classification of Functioning, Disability and Health and the brief ICF core sets for SCI in the post-acute context. In Study IV, qualitative description was used to explore the experiences of reclaiming participation in 17 chronic survivors of TSCI by emphasising their met and unmet needs as well as the conditions influencing them.

One-hundred and forty-seven and 49 incident cases, resulting in an annual crude incidence rate of 75.6 and 19.0 per million population, were registered for the region of South Africa (study I) and Sweden (study II), respectively. The leading cause of injury in South Africa was assault, accounting for approximately 60% of all incident cases, compared with the leading cause in Sweden, where falls was responsible for 58% of all cases. The two cohorts differed significantly with respect to demographic and aetiologic characteristics. Concerning functioning, Study III found that the generic rehabilitation outcome measure was not fully conceptualised within the ICF and did not cover all the essential functioning aspects as contained in the brief core set. In contrast, the standardised outcome measure was fully conceptualised within the ICF and covered, in its entirety, the activity and participation categories contained in the brief core set. In Study IV, clients’ perspectives confirmed 'participation' as a desirable and possible goal by effectively dealing with the new self, negotiating obstacles, identifying facilitators of participation, and becoming an agent. These critical aspects − also categories − were essential for reconstructing meaning and prioritising important life situations.

The incidence of TSCI in South Africa is among the highest in the world and is mainly caused by assault, while the incidence in Sweden appeared consistent to what is proposed for Western Europe. Furthermore, there is a need to raise awareness and facilitate the use of standardised outcome measures in TSCI rehabilitation, since the current operational measure in the South African SCI rehabilitation field presented some shortcomings. It is remarkable to conclude that while participation is indeed a reality after injury, the dimensionality of challenges remains an issue for further discourse. The insights gained from these studies provide an evidence-based foundation for impacting primary prevention action plans and the alignment of rehabilitation practices towards addressing the unmet needs of survivors. 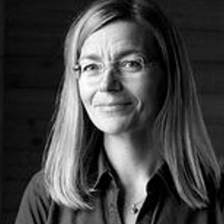